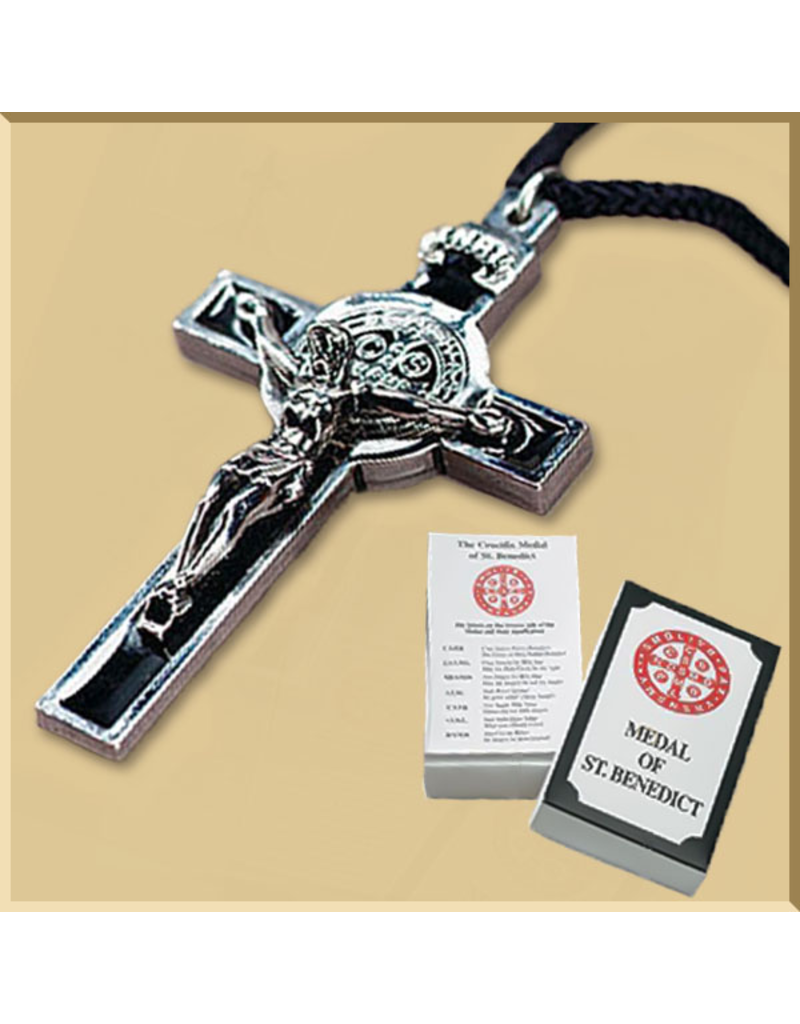 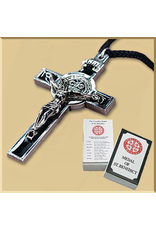 Silver Plate/Enamel, 30" cord
Through the pious use of the Medal of St. Benedict thousands of miracles and wonderful cures have been obtained. We would here mention that in the last few years we have received a number of letters relating most remarkable cures and extraordinary favors obtained by the devout use of the said Medal. It is, indeed, edifying to see how that faithful love and venerate this highly blessed Medal and how anxious they are to obtain this holy article, which has proved to be a remedy to almost every evil.
The Medal of St. Benedict is powerful to ward off all dangers of body and soul coming from the evil spirit. We are exposed to the wicked assaults of the devil day and night. St. Peter says, “Your adversary the devil, as roaring lion, goeth about seeking whom he may devour.” (1 Peter 5:8). In the life of St. Benedict we see how the devil tried to do harm to his soul and body, and also to his spiritual children. Father Paul of Moll, saintly Flemish Benedictine wonder-worker (1824-1896), frustrated the evil doings of the spirit of darkness chiefly through the use of the Medal of St. Benedict, which has proved a most powerful protection against the snares and delusions of the old enemy. Missionaries in pagan lands use this Medal with so great effect that it has been given the remarkable name, “The devil-chasing Medal.”

The Medal is, therefore, a powerful means:
- To destroy witchcraft and all other diabolical influences.
- To keep away the spells of magicians, of wicked and evil-minded persons.
- To impart protection to persons tempted, deluded or tormented by evil spirits.
- To obtain the conversion of sinners, especially when they are in danger of death.
- To serve as an armor in temptations against holy purity.
- To destroy the effects of poison.
- To secure a timely and healthy birth for children.
- To afford protection against storms and lightning.
- To serve as an efficacious remedy for bodily afflictions and a means of protection against contagious diseases.
- Finally, the Medal has often been used with admirable effect even for animals infected with plague or other maladies, and for fields

Rule and Raven
In St. Benedict's left hand is his Rule for Monasteries that could well be summed up in the words of the Prolog exhorting us to “walk in God's ways, with the Gospel as our guide.”

Crux mihi lux
On the back of the medal, the cross is dominant. On the arms of the cross are the initial letters of a rhythmic Latin prayer: Crux sacra sit mihi lux! Nunquam draco sit mihi dux! (May the holy cross be my light! May the dragon never be my guide!).

Many times the St. Benedict’s medal is in a crucifix. The crucifix has to be blessed too. Here is that blessing: 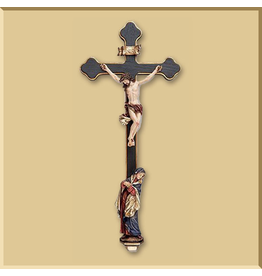 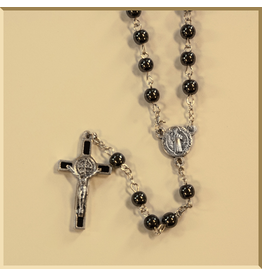