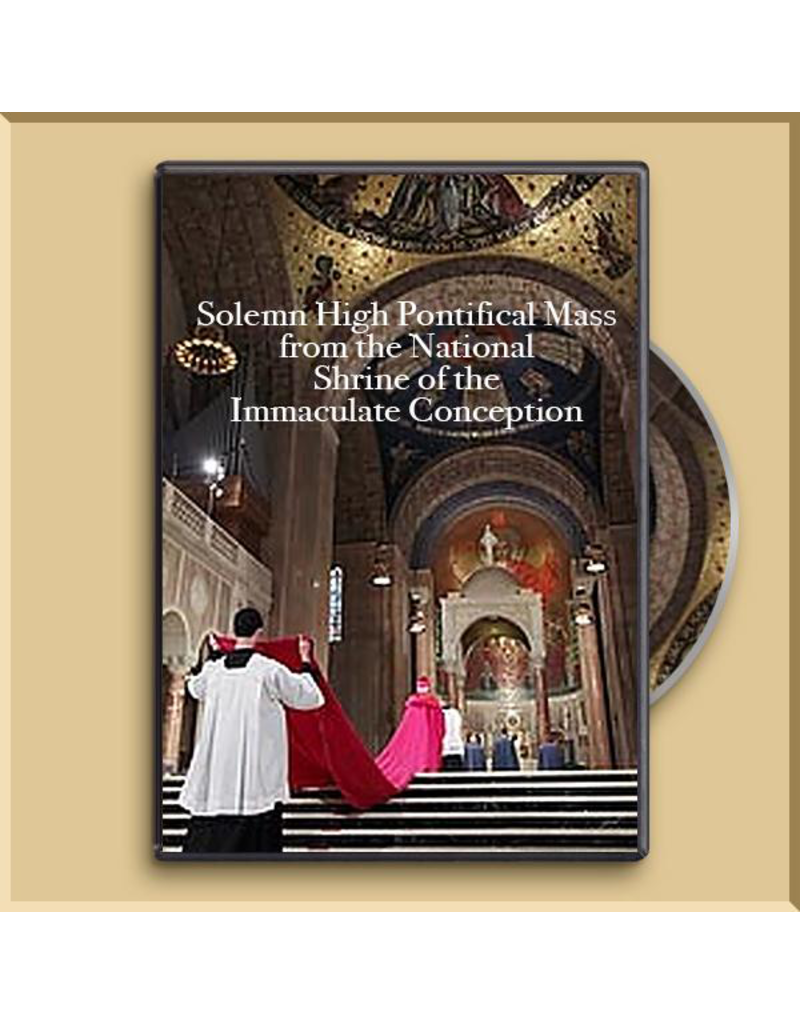 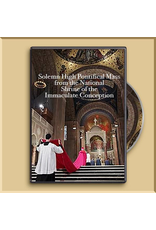 Solemn High Mass from the National Shrine of the Immaculate Conception

A DVD of the Historic Solemn High Pontifical Mass at the Basilica of the National Shrine of the Immaculate Conception.


History was made on April 24, 2010. For the first time in almost half a century, with approximately 4,000 of the Catholic Faithful taking part, a Solemn High Pontifical Mass was celebrated at the majestic High Altar of the Basilica of the National Shrine of the Immaculate Conception in Washington, D.C., honoring Pope Benedict XVI.

Few have ever seen anything like it! And none has been captured and televised live worldwide as this Mass was.

Celebrated by His Excellency Edward J. Slattery, Bishop of the Diocese of Tulsa, the Mass commemorated the fifth anniversary of the inauguration of His Holiness Pope Benedict XVI.

This magnificent DVD shows EWTN’s broadcast of a truly glorious Holy Sacrifice of the Mass. A minute-by-minute commentary provides a rare liturgical education for us all. Highlights show the cappa magna procession; the vesting of the bishop; the procession of over 100 clergy into the sanctuary; the sacred bearing of ministers and servers throughout the ceremony, oriented toward liturgical east; and the angelic sacred music of the choirs and schola.

This DVD is also an excellent way to evangelize for the Church’s sacred liturgy and tradition, as His Holiness Pope Benedict desires.