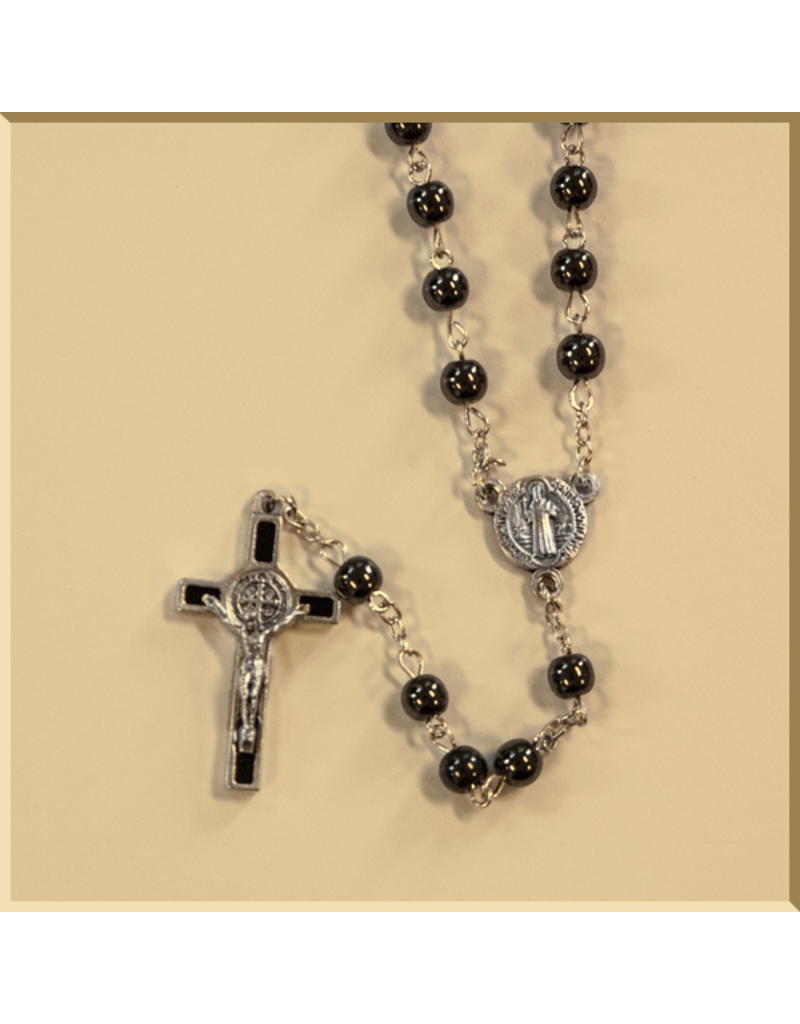 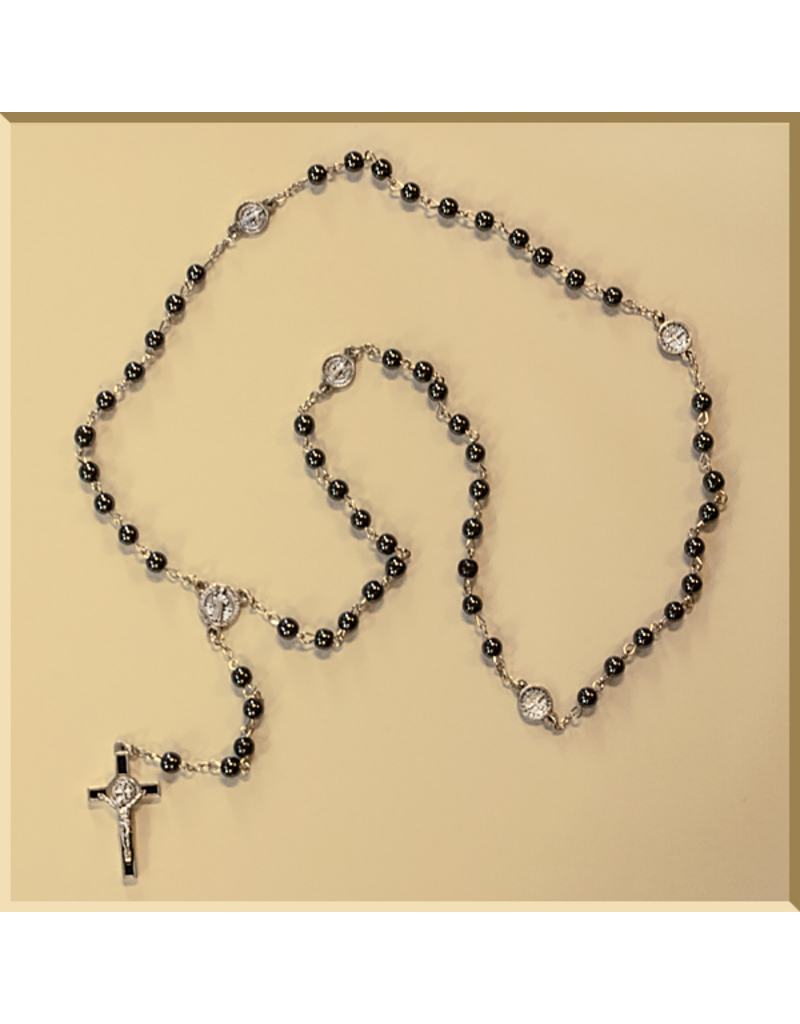 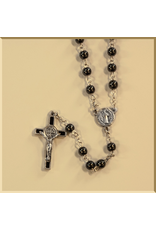 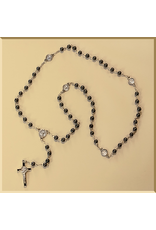 This is a nice St. Benedict Rosary with heavy gemstone hematite beads and St. Benedict Medals for the "Our Fathers."

Rule and Raven
In St. Benedict's left hand is his Rule for Monasteries that could well be summed up in the words of the Prolog exhorting us to "walk in God's ways, with the Gospel as our guide."

Reverse Side of the Medal
Crux mihi lux
On the back of the medal, the cross is dominant. On the arms of the cross are the initial letters of a rhythmic Latin prayer: Crux sacra sit mihi lux! Nunquam draco sit mihi dux! (May the holy cross be my light! May the dragon never be my guide!).

Many times the St. Benedict’s medal is in a crucifix. The crucifix has to be blessed too.
Here is that blessing: 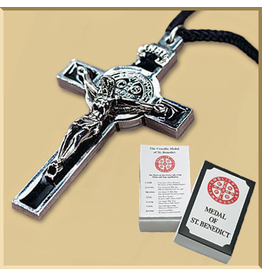 Through the pious use of the Medal of St. Benedict thousands of miracles and wonderful cures have been obtained.
Add to cart
St. Benedict Crucifix on Cord
$10.00 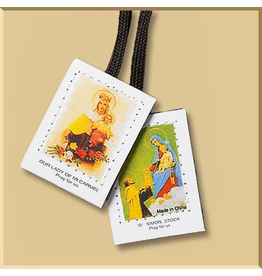 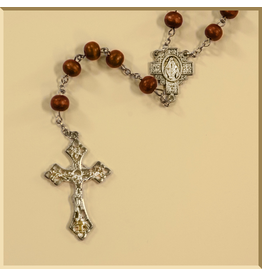 Pray the Rosary with the Fragrance of Roses
Add to cart
Rose Scented Wood Rosary
$3.00